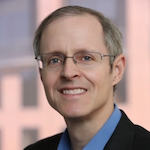 Donald Marron is an institute fellow and director of economic policy initiatives at the Urban Institute. In this capacity, he conducts research on tax reform, long-run fiscal challenges, and federal budgeting; identifies opportunities for Urban to develop policy-relevant research; and helps cultivate cross-center initiatives focused on macroeconomic growth, higher education, and public finance. From 2010 to 2013, he led the Urban-Brookings Tax Policy Center.

Previously, Mr. Marron served in senior government positions, including as a member of the president’s council of economic advisers under President George W. Bush and acting director of the Congressional Budget Office. He has also taught at the Georgetown Public Policy Institute and the University of Chicago Graduate School of Business; consulted on major antitrust cases; and served as chief financial officer of a health care software startup. He has broad experience in economic policy issues, including America’s fiscal challenges, tax reform, energy and environment, and the financial crisis. He testifies frequently before Congress, appears often at conferences and in the media to discuss economic policy, and works to popularize economics through his blog and writings. He is the editor of 30-Second Economics, a short book that introduces readers to 50 of the most important theories in economics.

Mr. Marron studied mathematics at Harvard College and received his PhD in economics from the Massachusetts Institute of Technology.