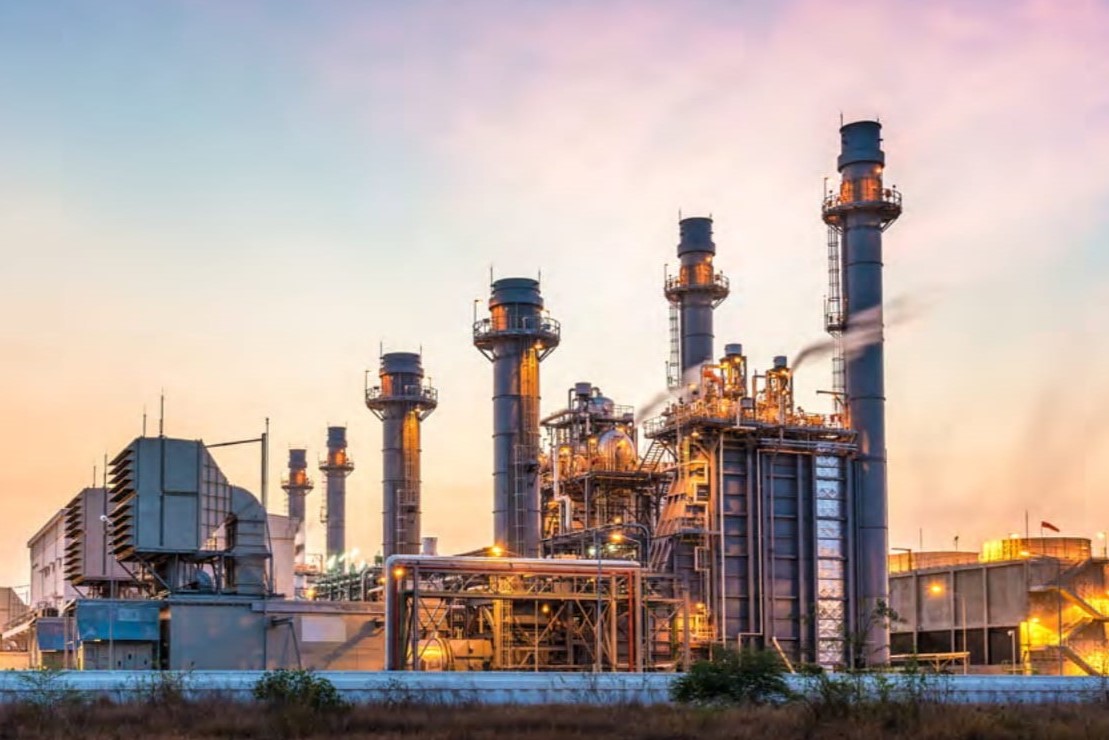 The chemicals industry can play a pivotal role in decarbonizing the global economy. Chemical products serve as ingredients in the fuels and technologies that are essential for cutting emissions, such as building insulation, hydrogen fuel, and lightweight materials used in automobiles. The sector itself is also the third largest source of industrial emissions. By adopting and investing in carbon-efficient processes, the industry can drive down global emissions.

A new report from the Climate Leadership Council highlights how we can harness climate and trade policies to cut chemicals sector emissions around the world. Chemicals are among the most globally traded products. Trade policies that account for carbon efficiency would hand carbon efficient markets, like the U.S., a competitive advantage over other global producers.

The study, “The U.S. Carbon Advantage in Chemicals Manufacturing,” analyzed emissions data for five common bulk chemicals manufactured around the world: benzene, toluene, ammonia, polyethylene, and polypropylene. Across all five bulk chemicals, U.S. producers are 10-40% more carbon efficient than the global average. The U.S. carbon efficiency advantage over China is particularly stark. The U.S. is twice as efficient in producing ammonia, the primary source of fertilizers, and three times as efficient in polypropylene, a precursor to plastics. 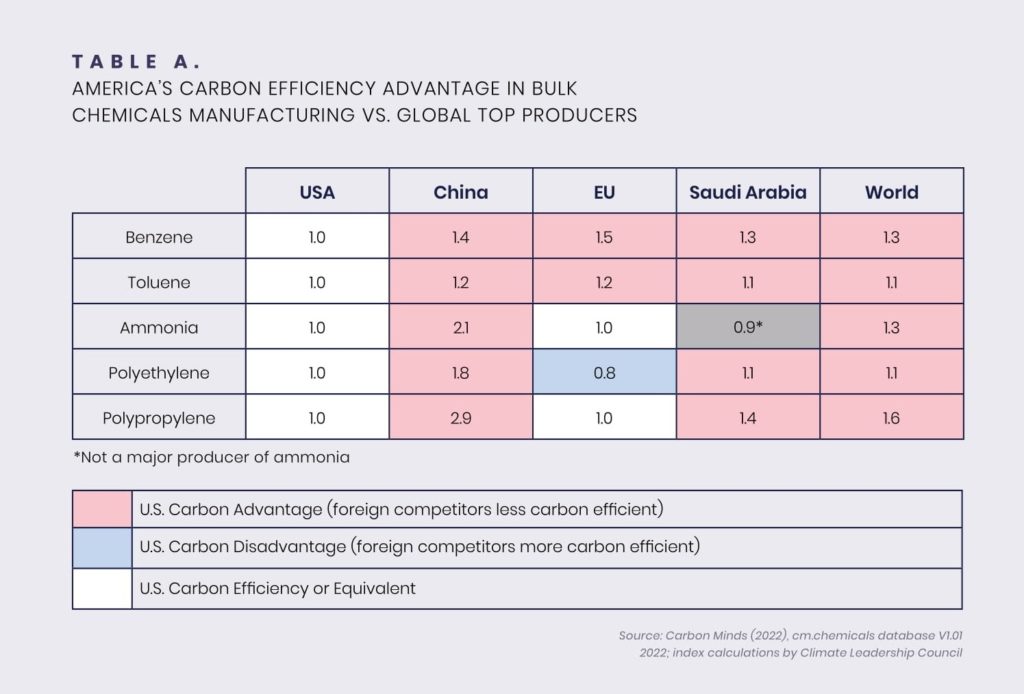 The U.S. carbon advantage in chemicals stems from the decades-long decarbonization of the power sector, continued capital investments at U.S. facilities to improve efficiencies and install combined heat and power systems, higher environmental standards, and manufacturers’ access to low-cost- domestically produced raw materials, among other helpful trends. Some of our competitors, like the EU, make similar investments in decarbonization; other competitors prioritize increased production volumes over carbon efficiency or make process and product decisions that rely on higher-carbon pathways.

Trade policy offers a promising avenue for the U.S. to turn its carbon-efficient production into material economic success and climate benefits. Currently, there are no trade policies in effect to reward low-carbon producers. Global competition in the chemicals industry keeps margins tight, increasing pressure on producers to cut costs rather than make efficiency investments. Designing clear trade rules that value carbon efficiency would reverse these incentives, creating a global market that rewards environmental performance. This would change the international trade paradigm, immediately shifting production to the most carbon-efficient producers, benefiting cleaner producers domestically and internationally. Over time, this shift will incentivize investments in decarbonization, making crucial progress toward climate targets.

Policymakers around the world are recognizing the opportunity to use climate and trade policy to align their economic and decarbonization goals. They are exploring market mechanisms like border carbon adjustments (the EU is expected to release its CBAM proposal by the end of the year), carbon clubs (currently under consideration at the G-7), and sectoral agreements (like the U.S.-EU negotiations on steel and aluminum).

Meanwhile, greater cooperation among climate ambitious countries can serve to check the coercive power of bad actors—a notion that is gaining currency in Washington and beyond. Russia built its war chest on energy exports while holding an abysmal environmental record: its oil and gas operations are 70% more methane-emitting than U.S. operations. “It is important to recognize the nexus between emissions, GDP growth, and military strength,” Senator Cassidy (R-LA) said earlier this month during an event to discuss the report’s findings.

The momentum for merging climate and trade is only likely to grow as the benefits become clearer. The U.S. can leverage our carbon advantage in chemicals manufacturing to protect clean energy investments, reward carbon-efficient companies and their workers, secure our supply chains, and counter bad actors on the world stage. Such policies will spur manufacturers in the U.S. and abroad to compete on the basis of carbon efficiency, turning the chemicals industry into an engine of global decarbonization.