The Climate Leadership Council’s Bipartisan Climate Roadmap is the result of two years of dialogue among its Founding Members and is designed to serve as a basis for the introduction of bipartisan legislation. 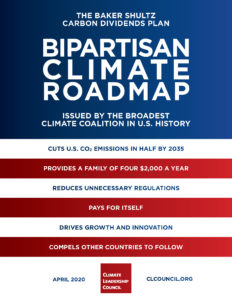 According to a new analysis by Thunder Said Energy, the Council’s carbon dividends plan would unlock $1.4 trillion in new U.S. capital investment, create 1.6 million jobs, reduce US carbon emissions by 57% by 2035, and enhance American industrial competitiveness. 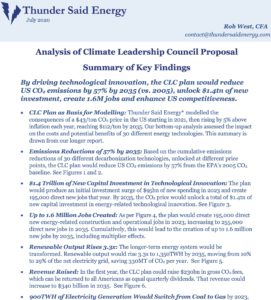 A first-of-its-kind study underscores America’s striking carbon efficiency advantage over its key trading partners. By leading and establishing a new order on climate and trade, America can leverage its significant carbon advantage to enhance the competitiveness of U.S. businesses, bring manufacturing jobs back to the U.S. and boost climate ambition around the world. 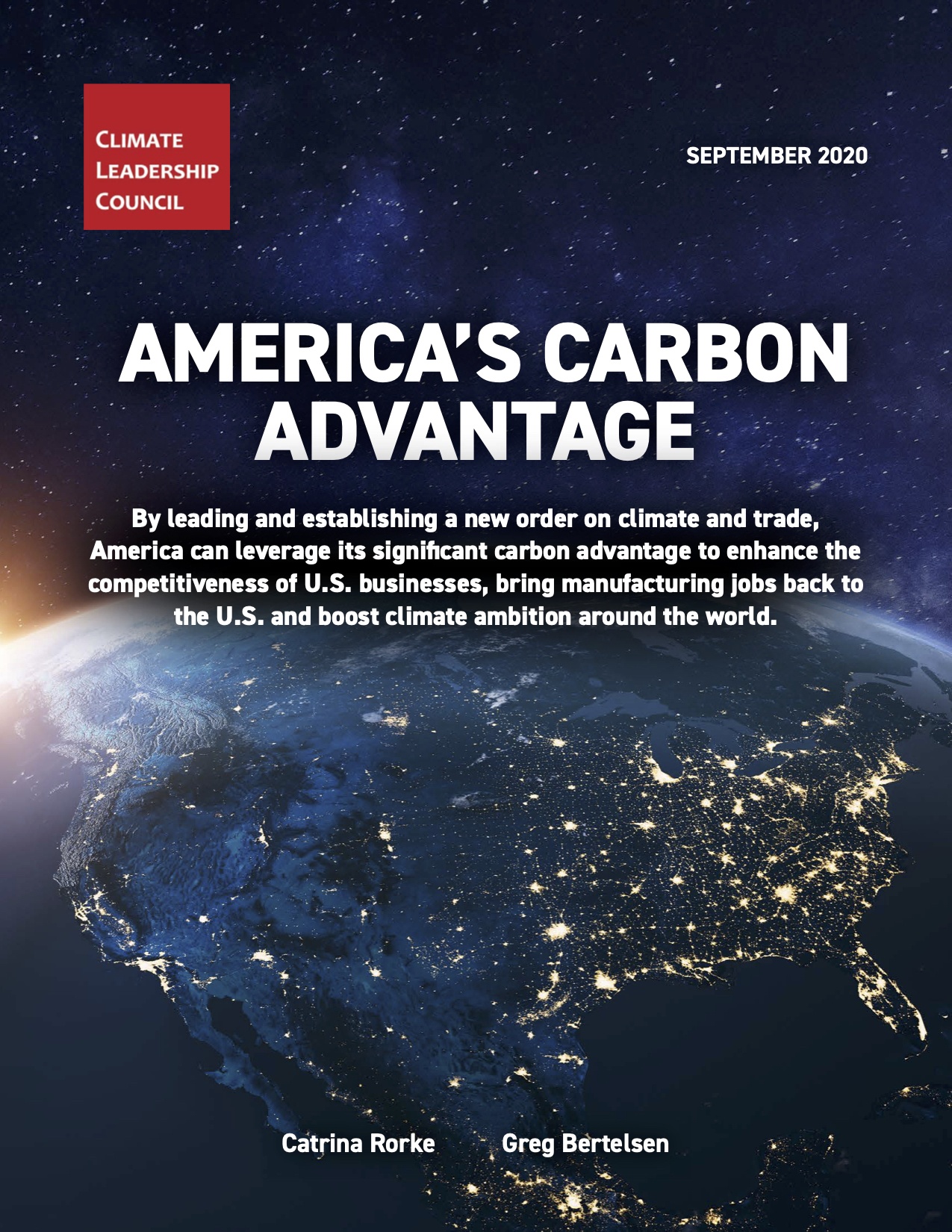 The lowest earning 80% of American households, on average, come out financially ahead under a carbon dividends plan, both nationally and in 38 states. 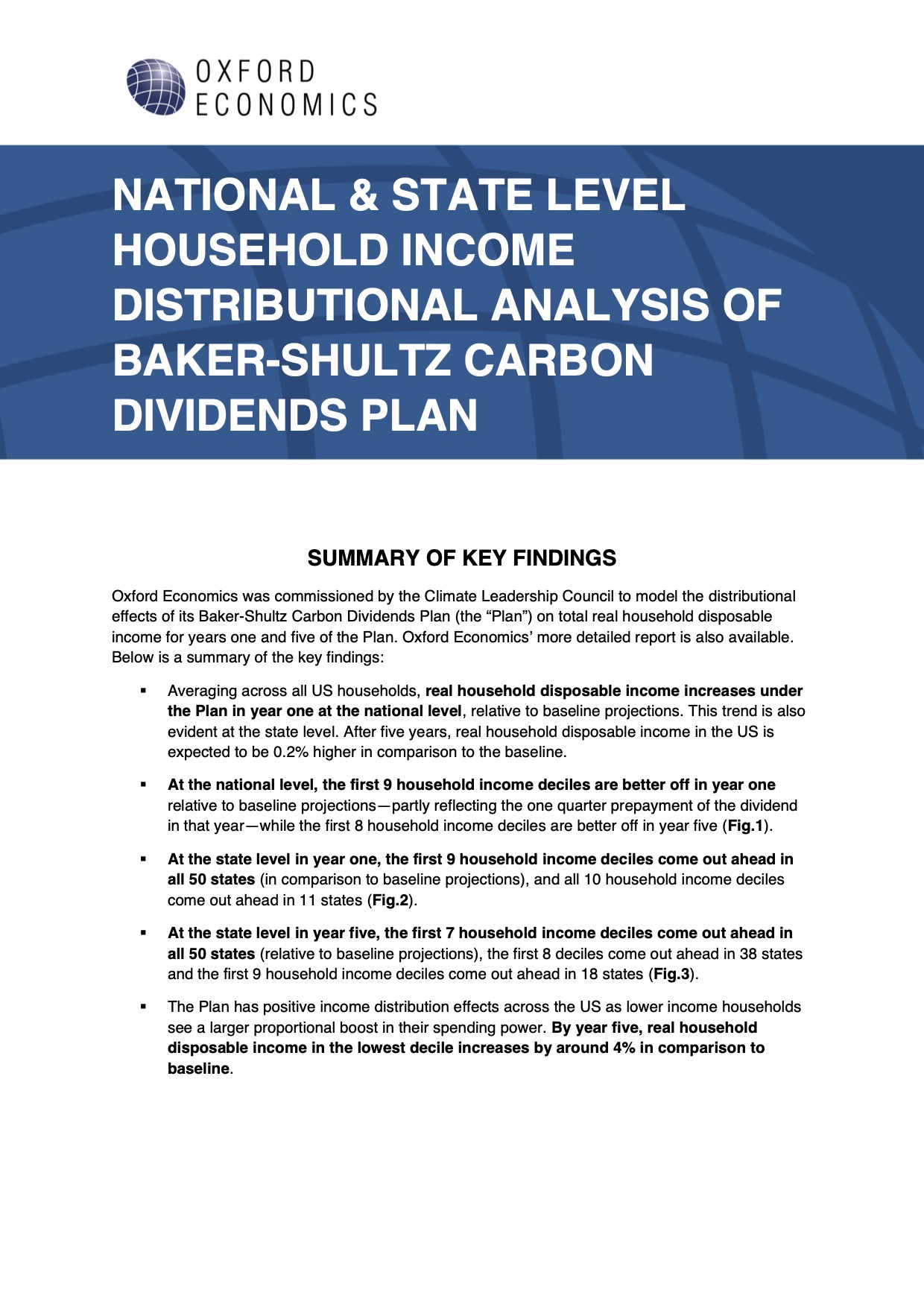 Co-authored by George Shultz and Ted Halstead, this report outlines the 12 reasons a national carbon fee is the most cost-effective, environmentally-ambitious and politically-viable climate solution. 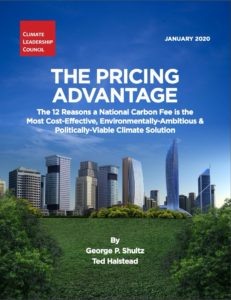 THE CONSERVATIVE CASE FOR CARBON DIVIDENDS

Why the Baker-Shultz Carbon Dividends Plan is the most ambitious and polticially-viable pathway to exceeding the U.S. target under the Paris agreement. 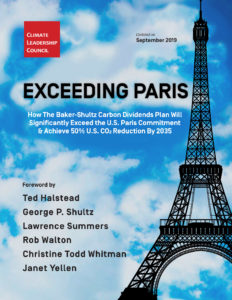 The Top 10 reasons why rebating all carbon fee revenues directly to the American people is the most popular, equitable and politically-viable climate solution. 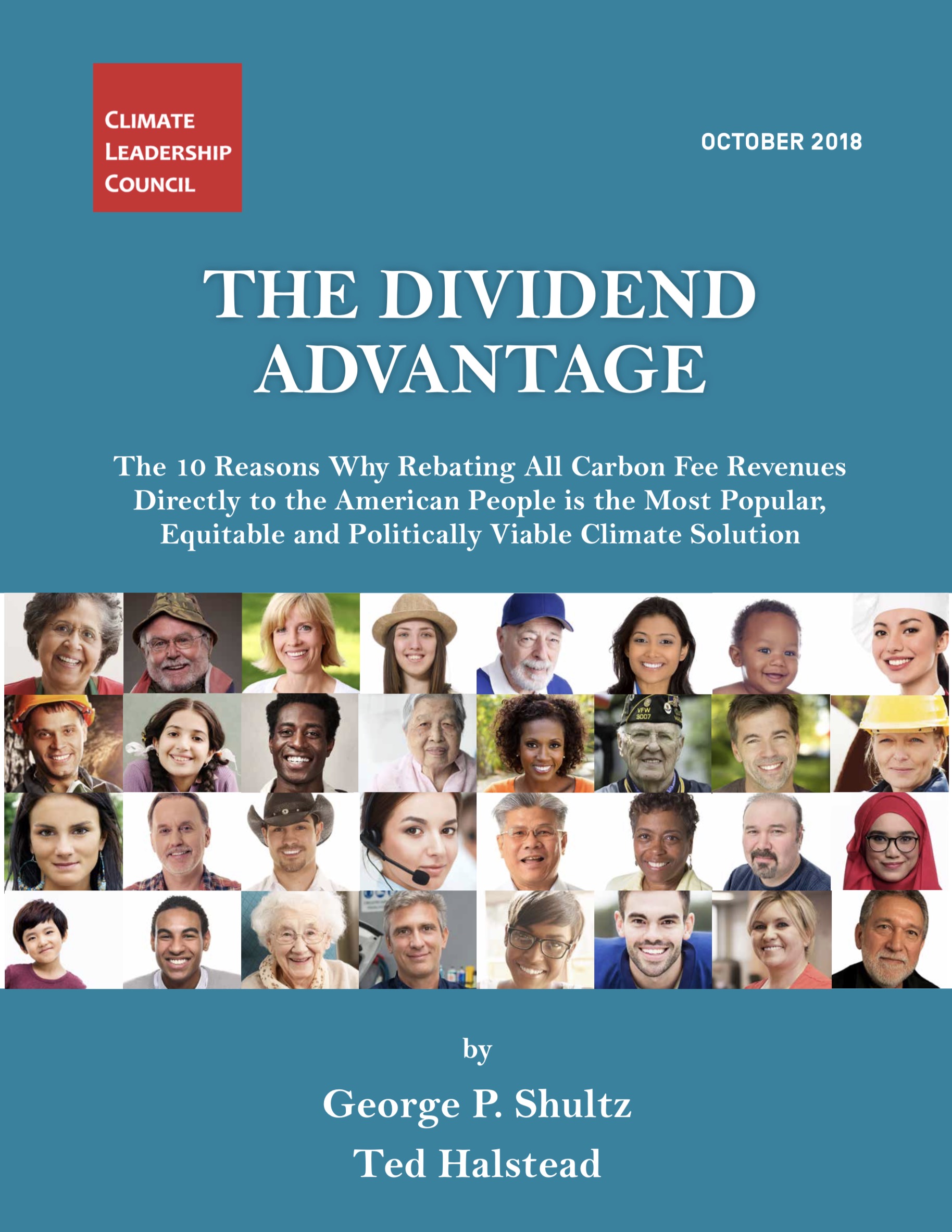 How replacing the Obama-era climate regulations with a carbon dividends program starting at $40/ton would yield far greater emission reductions. 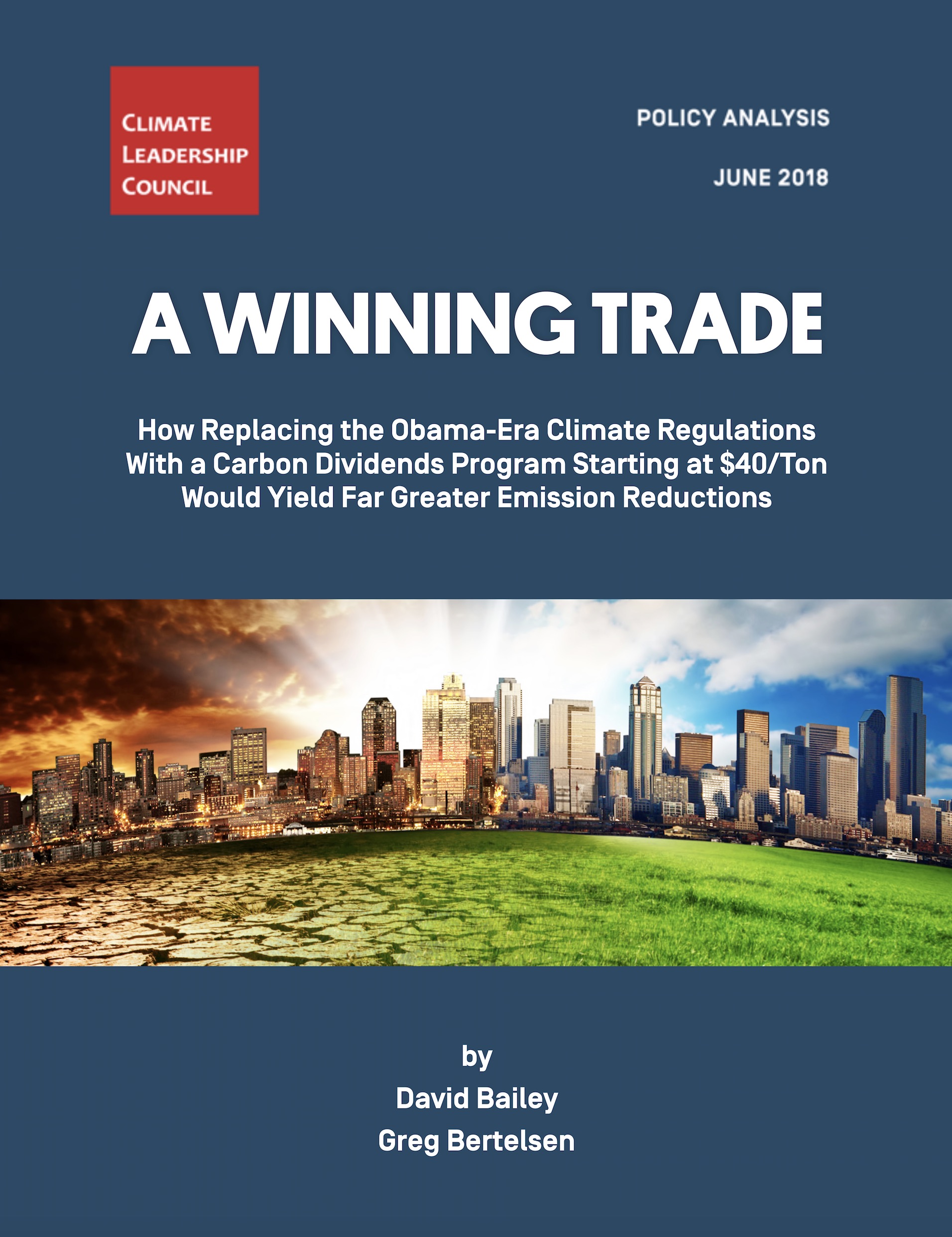 Why we are failing to reduce emissions in time, and how a carbon dividends plan could overcome the psychological, economic and political barriers.

CEO Ted Halstead’s testimony before the House Ways and Means Committee on the business and economic case for a bipartisan climate policy breakthrough. 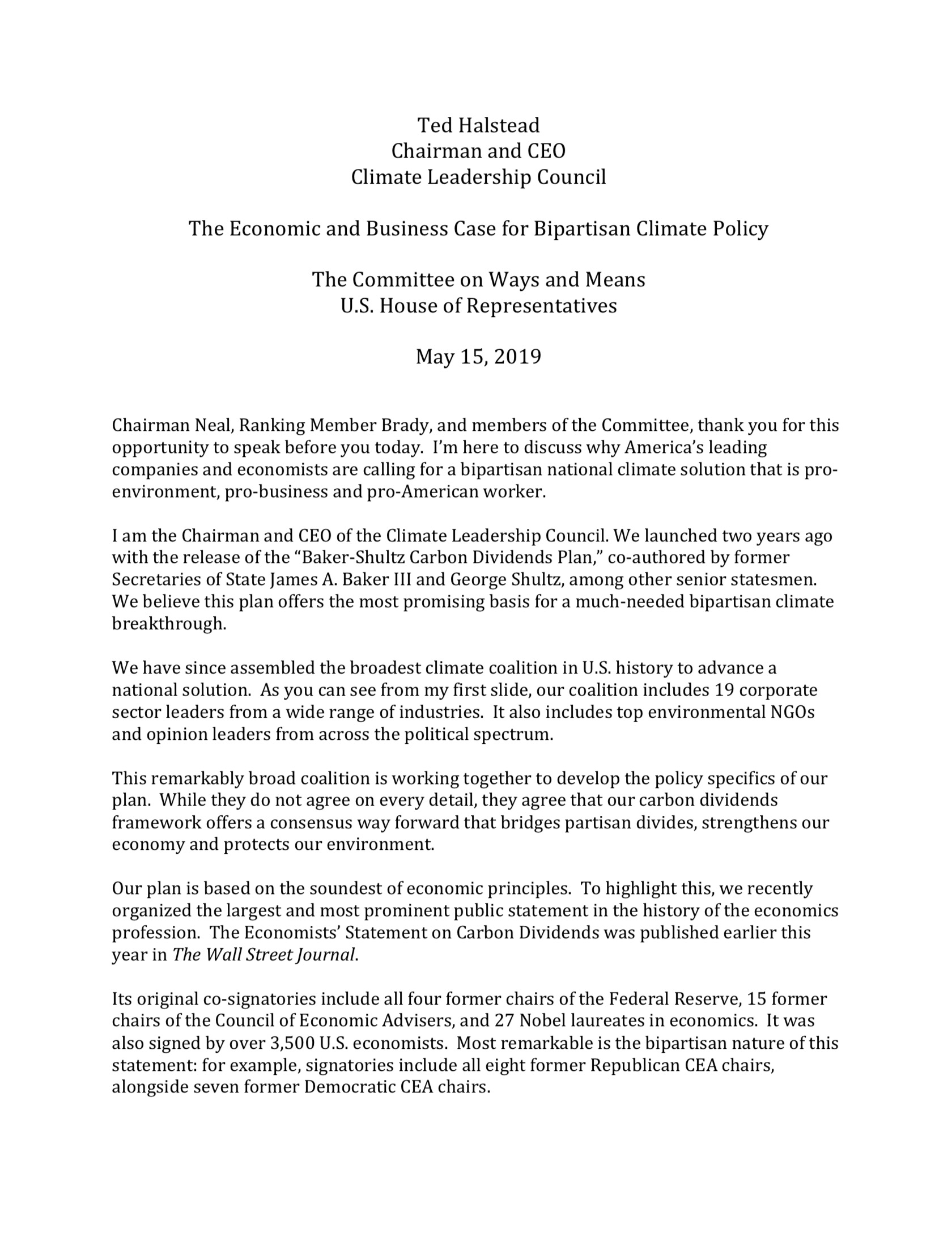 According to this recent analysis from the Treasury Department, the bottom 70% of Americans would be financially better off under a carbon dividends program.

According to this modeling by Resources for the Future, the Council’s carbon dividends plan would achieve 50% US CO2 reduction below 2005 levels by 2035. 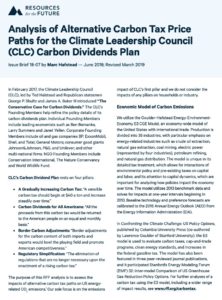 THE CASE FOR AN ECONOMY-WIDE CARBON FEE

Carbon pricing policies across the world are riddled with exemptions that undermine climate progress. The answer is a uniform carbon price across the whole economy paired with a border carbon adjustment. 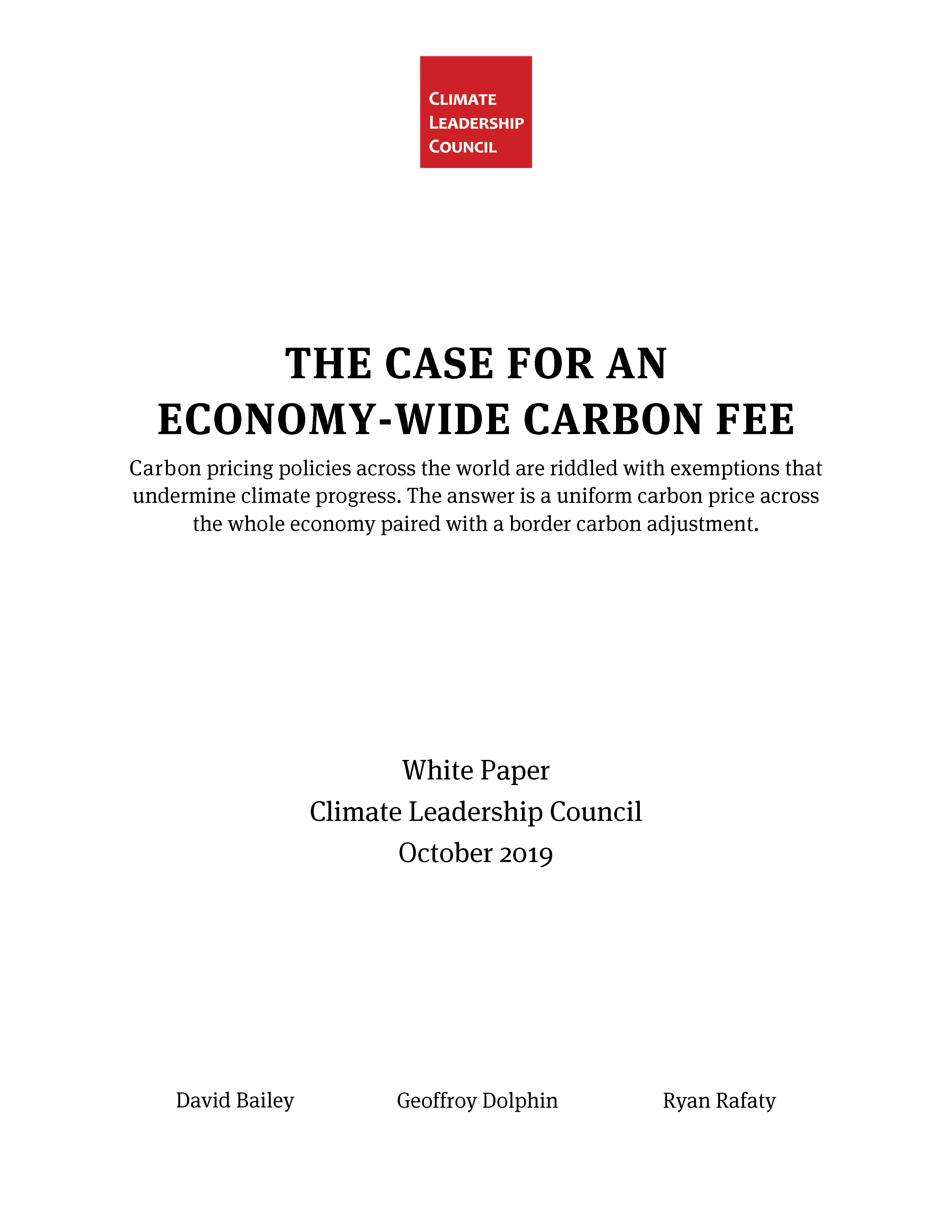