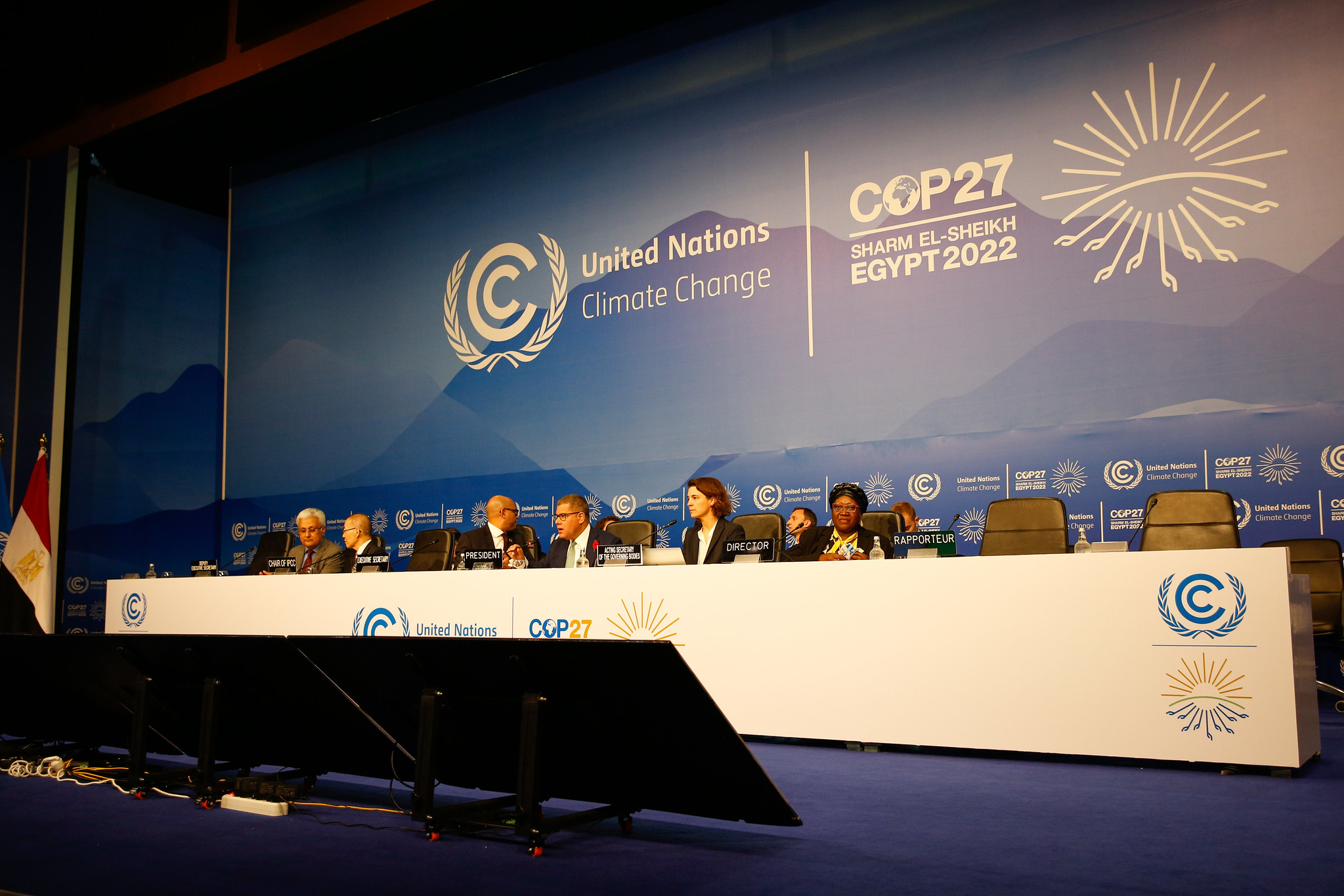 At the U.N.’s COP27 climate conference in Sharm El-Sheikh, Egypt earlier this month, world leaders met to discuss and debate various proposals to minimize the effects of climate change. Some of these discussions bore fruit, leading to advancements on agricultural innovation, carbon offsets, conservation, methane abatement, and net-zero standards. Other noteworthy occurrences included the resurrection of U.S.-China collaboration on climate at the concurrent G-20 summit, the launch of Canada’s global carbon pricing initiative, and WTO Director-General Ngozi Okonjo-Iweala calling for a “revival of the environmental goods and services agreement.”

But to truly address the climate crisis, it will also be essential to address mitigation.

For developing countries, which are more vulnerable to climate-induced devastation, this would help to minimize long-term damages, mitigate the worst effects of climate change, and save lives and livelihoods. Climate and trade policies, which can play a crucial role in climate mitigation, can complement climate financing and help address the 8-billion-ton hole in our current climate change approach, which is often overlooked in multilateral climate discussions. This is the “carbon loophole,” which represents the CO2 emissions embodied in goods and services that are produced in one country and ultimately consumed in another. These traded emissions account for nearly 25% of total global emissions, making them essential to address.

The current carbon accounting system measures production emissions, meaning each country tracks and reports the emissions released within its own borders. This system creates a significant obstacle to global decarbonization, as many climate-ambitious countries offset the reduction of production emissions with increased consumption emissions through their imports. This ultimately creates a skewed picture of successful emissions reductions and calls into question how emissions should be accounted for on a global scale.

Emerging economies, like China and Russia, tend to exploit the carbon loophole by allowing low domestic environmental standards to give their producers a competitive edge over rivals in more expensive and cleaner markets. The world’s factory, China, is by far the single largest emissions exporter. Of the twenty largest international carbon flows, nine of them originate in China. In 2019, Beijing exported nearly 1.8GtCO2, which is more than a fifth of the carbon loophole and 5% of all global greenhouse gas emissions. This system is enabled by advanced economies, like the U.S. and the EU, that tout lower domestic production emissions while importing cheap carbon-intensive goods. In fact, the U.S. is the largest importer of embodied emissions. In 2019, it imported nearly 1.3 GtCO2, with the largest portion (349 MtCO2) coming from China.

The competitive edge caused by lower production and regulatory costs in the Global South leads to “carbon leakage,” which shifts emissions from advanced economies to areas with less regulation. Prior Council research found significant variation in emissions intensity from country to country. For example, the Chinese economy emits 3.2x more emissions on average than the U.S. economy. With a market that favors cheap production, industries have few incentives to value and invest in carbon efficiency, especially if doing so increases costs. This means that carbon leakage doesn’t just shift emissions; it increases them on a global scale.

Climate-ambitious countries must address the carbon loophole to truly lower greenhouse gas emissions. This will require global cooperation to create a new trade paradigm that favors carbon-efficient goods. As a result, we can significantly reduce global emissions rather than simply shifting emissions to emerging markets. If all G7 economies mobilized new policies to favor lower carbon products, global emissions could fall by 5.5% (1.8GtCO2). This would benefit countries leading the way in decarbonization while providing pathways for emerging economies to gain access to new markets. It would also shift large amounts of emissions off the balance sheets of developing countries and onto those of the developed world, creating a more equitable system of tracking emissions.

Although COP27 focused on the issue of loss and damages, mitigation strategies will be equally important in addressing the climate crisis. Policies at the climate and trade nexus can help us complement COP’s climate adaptation efforts by mitigating the worst effects of climate change, lowering global greenhouse gases, and supporting an equitable path toward decarbonization.