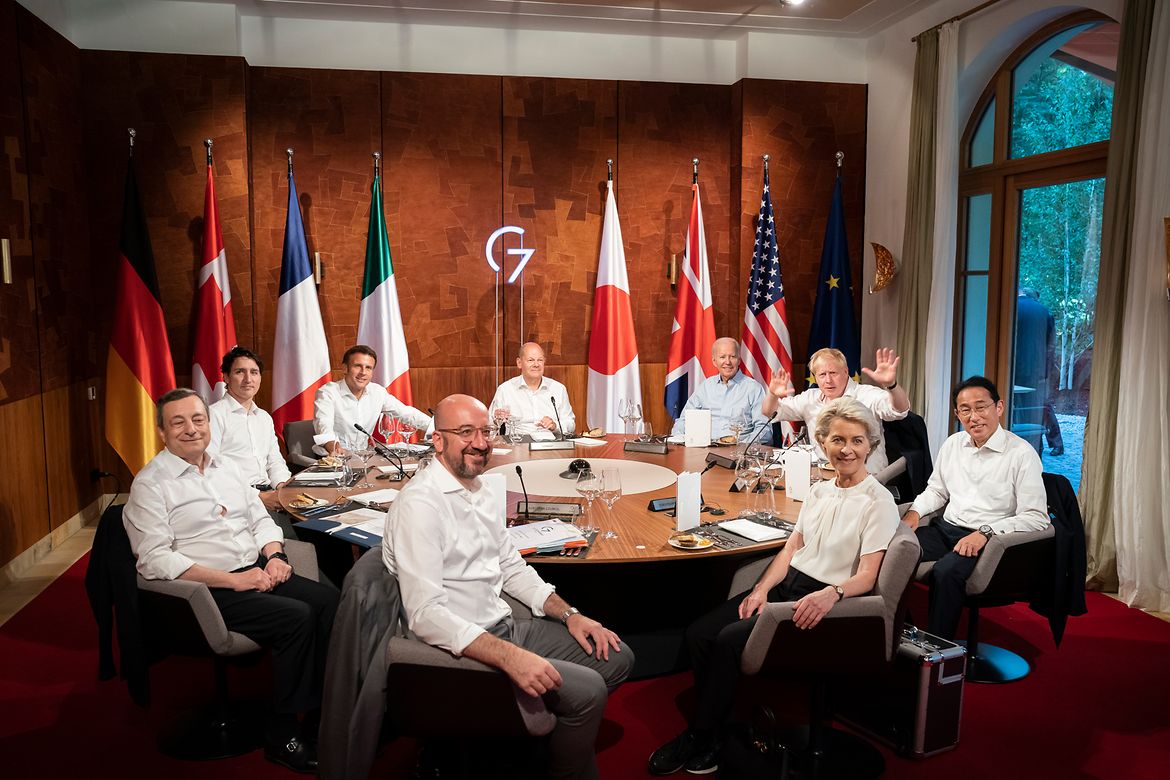 In November, COP27 culminated with international agreement to form a new “Loss and Damage” Fund, in which developed countries would compensate developing countries for the climate-linked costs that they cannot avoid. This has been a particularly intense year of climate disasters across the globe with a particularly heavy burden on lower income countries. According to a report by the V20 (Vulnerable Group of Twenty) in June, climate change has wiped out 20% of their wealth over the past two decades for an estimated loss of $525 billion. This COP was productive for clarifying a pathway forward on these loss and damage conversations. And yet, it failed to achieve material agreement to reduce global greenhouse gas emissions in line with our established goals to keep warming “well below” 2C. The real venue for mitigation efforts should be trade policy.

The UNFCCC has now agreed on an official protocol (Kyoto), two agreements (Cancun and Paris), and hundreds of decisions to combat climate change. As evidenced by the Paris Accords, the COP-style international summits can facilitate ambitious agreement, but cannot achieve binding targets that hold the largest emitters accountable. While COP is unquestionably important, a new effort to mobilize trade policies has potential to unlock necessary cooperation and drive global collective action.

Trade policy presents countries with options for more efficient and thorough decarbonization. On May 20, the Group of Seven (G7) finance ministers and central bank governors stated their intent to explore a new international climate format – a “climate club” – to coordinate carbon emissions reductions. This new forum for international cooperation would serve as a call to arms centering the countries with the most leverage for climate mitigation.

With the ultimate goal of accelerating objectives set forth in the Paris Accords, the climate club provides the following three structural advantages:

1) Allows countries to build buy-in from the subnational level

Given that G7 nations account for over half of the world’s economy, international climate progress hinges on G7 participation. Realistically, climate mitigation efforts within the liberal democratic political structures of G7 countries require significant political buy-in. Summits like the Paris Accords attempted to account for this by allowing countries to set their own goals and report on their own progress. Even so, climate reform has lacked the buy-in from civil society and the private sector to decarbonize domestic industry sufficiently.

Enter trade policy. G7 countries can reshape their subnational dialogue surrounding climate change reform by aligning climate goals with the market-economy and trade relations. If international trade rules valued lower carbon manufacturing processes, for example, U.S. chemicals manufacturers would realize a competitive advantage over producers in most major producing regions. The G7 countries all have relatively clean economies and thus have the same potential to turn their first mover status in the climate policy space into a competitive international advantage. A network of agreements that favors clean economies, by way of a bona fide climate club, will allow G7 nations to pursue climate reforms that have a positive impact on their domestic economies and conjure popular support in turn. When the market favors decarbonization, constituent support will follow.

While countries attempt to build their own responses to global climate concerns, policy outcomes do not always mesh with those of trade partners. The IRA is a prime example. America’s largest ever climate package promises $370 billion in public investments to reduce greenhouse gas emissions, but it has provoked significant international pushback. The EU, Japan, and South Korea have expressed concern over a number of the IRA’s green subsidy programs that require the use of domestic content.

Major economies can use the climate club to coordinate on the implementation of shared domestic mitigation policies and border measures that reward lower-carbon manufacturers. Differences in domestic policy choices do not need to inflame trade tensions; instead, they can help countries refocus on ways to work together toward ambitious climate outcomes. With a core base of G7 countries, this network of plurilateral diplomacy will allow the world’s biggest climate stakeholders to reconcile international and domestic climate policies across the globe. The climate club would be open to all countries upon a set of incentive-based entry requirements, which would encourage G20 members and emerging economies alike to align their markets with a new international climate and trade standard.

3) Provide a forum for the nuts and bolts

The landscape of climate and trade is undoubtedly complex. Implementing new trade policies will require agreement on a laundry list of technical and procedural details. The UNFCCC’s current structure has promoted unilateral climate action such as the EU’s Carbon Border Adjustment Mechanism (CBAM) and the climate investment provisions of the U.S.’s IRA. Both have implications on the global market that will need to be discussed in order to avoid trade conflict and precipitate a genuine climate impact.

The G7 needs a climate club to work through the nuts and bolts of climate economics in international trade. Moving forward, a climate club will allow climate stakeholders to strengthen the market for carbon-efficient innovation, align emissions measurements and reporting mechanisms, and disincentivize carbon-intensive offshoring. By confronting these questions in a more exclusive forum, developed countries can establish a more accessible, predictable, and transparent communication network for climate and trade policy.

The time has come to restructure the global approach to climate change. This month’s COP27 reminds us that although international summits are important to maintaining a global dialogue, tangible progress in climate mitigation can and should be supplemented elsewhere. The formation of a climate club will sync climate policy with constituent-backed market reform, encourage a critical network of bilateral and plurilateral trade negotiation, and provide a forum for the biggest climate stakeholders to pioneer a new age of climate and trade policies.