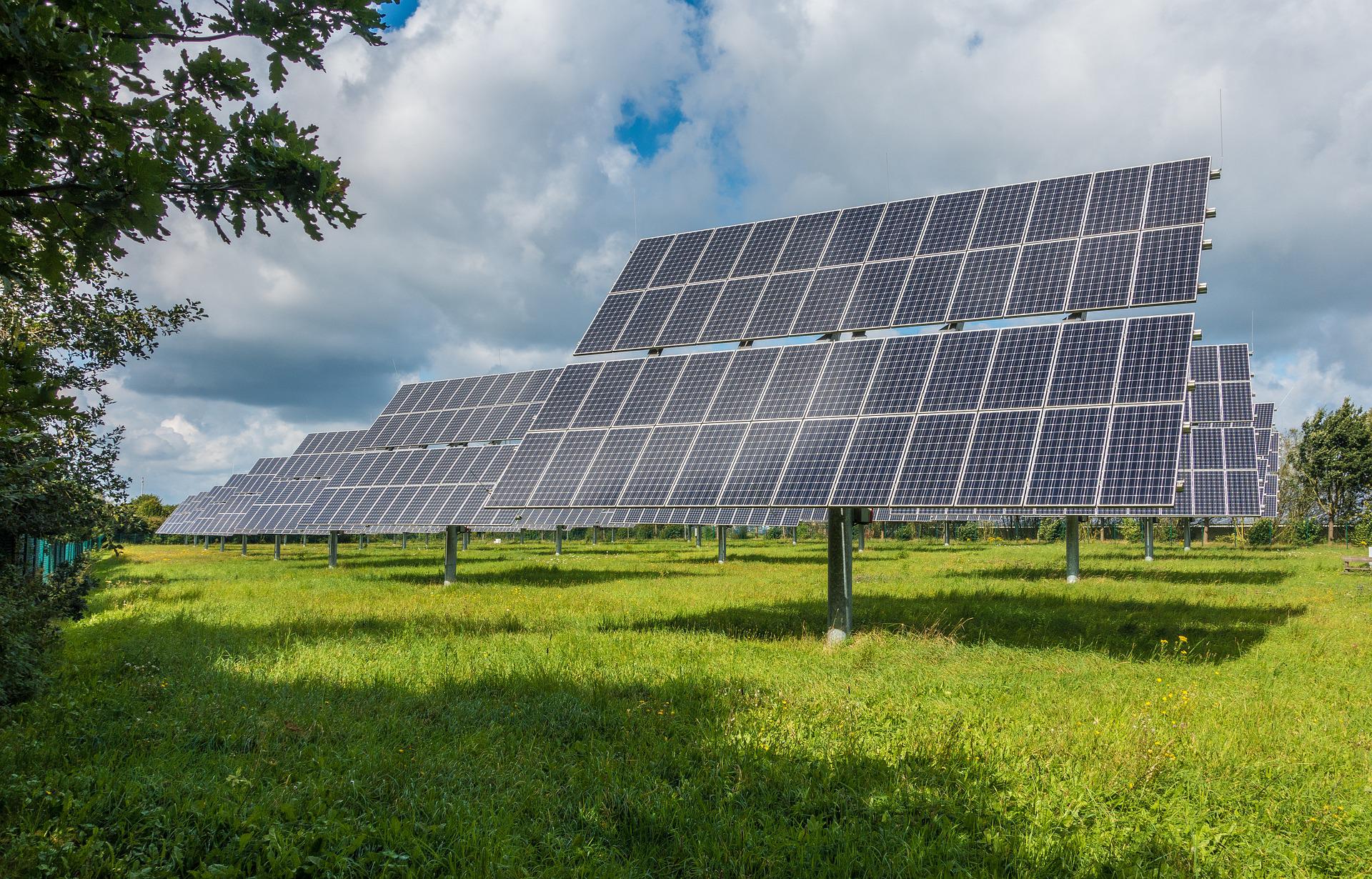 Worldwide solar capacity has increased over two thousand-fold in the last 20 years to more than 700 gigawatts, putting solar power at the center of the clean energy transition. As the industry has grown, prices have fallen dramatically, speeding the installation of solar capacity and lowering the carbon intensity of electric generation.

Today, the U.S. is a small—but clean—player in the solar manufacturing industry. Only 14% of the solar panels, also called modules, installed in the U.S. were manufactured domestically, while all the silicon-based solar cells used to assemble those modules were imported, according to a report from the Department of Energy (DOE). Most solar modules imported to the U.S. come from China by way of Southeast Asia. In 2020, 75% of imported modules came from Malaysia, Vietnam, and Thailand. These countries rely heavily on upstream components from China, which overwhelmingly dominates the world’s manufacturing capacity of the silicon wafers used in solar cells.

Although solar energy does not emit any greenhouse gases as it generates electricity, manufacturing the technology is energy intensive. And China’s dominance of the silicon-based solar market has stark consequences for the environment: the carbon footprint of solar panels manufactured in China is twice that of solar panels made in Europe or the U.S., according to the DOE’s Argonne National Laboratory.

In order to decarbonize the U.S. power sector by midcentury, solar capacity must grow from today’s 97 gigawatts to as much as 1,600 gigawatts to power upwards of 45% of the nation’s energy needs, the DOE estimates. When we contemplate the magnitude of this solar buildout, the emissions from solar module production start to matter.

Satisfying the DOE’s midcentury target for solar capacity installation with low-carbon panels instead of Chinese-sourced panels would save almost half a million tons of CO2. On a global scale, cleaner production of solar energy infrastructure has the potential to avoid 2 billion tons of carbon emissions over the next ten years, according to the Ultra-Low Carbon Solar Alliance.

China’s solar industry is more carbon intensive because it relies mainly on coal-fired electricity for energy-intensive processes like silicon refining. In Europe and the U.S., the power grids are notably cleaner. Likewise, other inputs China uses in solar panels, such as steel, aluminum, and glass, are more carbon-intensive than those sourced by U.S. solar producers. China’s largest province, Xinjiang, is particularly known for its cheap, coal-powered solar manufacturing industry, which has also raised ethical flags for its labor practices.

The environmental advantage of U.S. solar is even more evident with its leadership in next-generation solar technology. Thin film solar panels, which make up 16% of the U.S. solar market, generate 90% less greenhouse gas emissions than the silicon-based modules in which China specializes and which make up the rest of the U.S market. Continued development and innovation around thin film technology holds great promise for a world with solar energy that is more efficient, affordable, and clean. 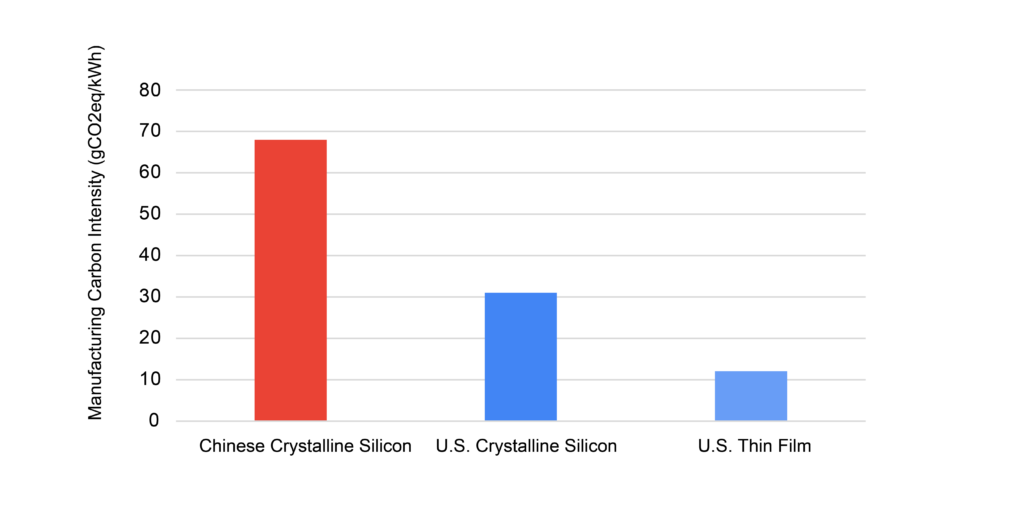 What if trade policy could help ensure that solar plays an even stronger role in addressing greenhouse gas emissions–and in doing so, solidifies resilient solar supply chains to support the energy transition?

While still an emerging concept, if trade policy were to reward cleaner production throughout the solar manufacturing supply chain, U.S. makers of crystalline silicon and thin film solar panels would realize a competitive advantage because of their relatively smaller carbon footprint. Such a policy could lower global emissions and position the U.S. solar industry for growth.

The U.S. has the skill and materials necessary to service the entire solar supply chain, according to the DOE’s National Renewable Energy Laboratory. And a resurgence in domestic solar panel manufacturing would increase demand for domestically sourced components and materials including steel, aluminum, and glass, boosting job growth in these sectors. As countries commit to decarbonizing the energy sector while taking into account the embodied emissions from new infrastructure, our more carbon efficient manufacturers could see increased global demand for their solar panels.

Rewarding lower-carbon solar energy manufacturing would also have the residual impact of the U.S. diversifying away from China. Relying so much on a single country poses unpredictable political risks. The DOE recognizes the need to ensure resilience and secure solar supply chains. In response, the agency has developed a strategy to support an energy sector industrial base and recommends a series of domestic and trade policy solutions working in tandem to achieve this.

As governments promote a shift to cleaner energy, taking into account the carbon intensity of clean energy supply chains presents new environmental and economic opportunities. With smart trade policy, we can support faster decarbonization and reward U.S. solar producers for their cleaner production.