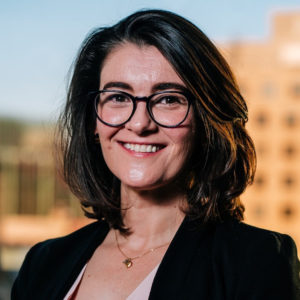 Catrina Rorke is Vice President for Policy at the Climate Leadership Council. In this role, she develops the details of the Baker Shultz Carbon Dividends proposal in consultation with four dozen Founding Members, including corporate leaders, environmental nonprofits, and influential individuals. She also manages the Council’s research program and supports the Council’s advocacy and outreach activities.

Prior to joining the Council, Ms. Rorke served as Director of Energy Policy and Senior Fellow at the R Street Institute, a free-market and limited government public policy organization, where she founded the Institute’s energy and environment program. She also previously founded the energy program at the center-right American Action Forum, an economic, domestic, and fiscal policy think tank. As a legislative assistant to former U.S. Rep. Bob Inglis (R-SC), Ms. Rorke helped craft the first Republican-sponsored carbon tax bill. She began her career as a Presidential Management Fellow with the National Oceanic and Atmospheric Association.

Ms. Rorke has been recognized for her leadership in energy and climate policy by E&E News, The Hill, National Journal, and Grist, and her work has been widely published in national, local, and trade media. She supports center-right policy work by serving on the boards of directors of and in an advisory capacity to several policy-focused organizations.

Ms. Rorke received her Bachelor of Science in Public Health from the University of North Carolina and Master of Public Administration from Columbia University.